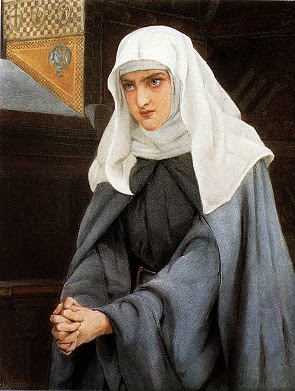 By 1603, Shakespeare was wealthy and respected. Poet, playwright and shrewd businessman, the Midlands maestro was at the heart of Jacobean London. His relationship with the newly crowned James was amicable but careful. James was a fan of the Bard's work, and Shakespeare duly obliged with plays in tune with the monarch's interests - Scotland, witchcraft. and the rule of disparate peoples. In spite of a youthful phase torturing witches, James was a cultured man - he had been tutored by the poet George Buchanan - and had a liberal appreciation of theatre. His close engagement with each new dramatic work was highlighted by Ben Jonson in the First Folio, where he mentions ..

"Those flights upon the banks of Thames
That so did take Eliza and our James."

Shakespeare was in some ways a royal poet - but with the ruler peeking over the Bard's shoulder as he wrote. This tension between freely expressing the human spirit, and potential sanction by the powerful, explains much in his writing; and these contradictory pressures undoubtedly contributed to the greatness in his plays. Measure for Measure is a masterful, complex product of these tensions, which sails close to the wind in its examination of corruption in high places, and the caprice of royal rule.

The scenario: Duke Vincentio has temporarily put his deputy Angelo in charge. Unlike the wise, tolerant Duke, however, Angelo is a puritan who has a dichotomous view on things. He has a particular problem with sex, and targets the suburbs, which in the 17th century were not places of faux respectability, but of crime, dissolution and vice. We thus find ourselves in a suburban brothel, where we witness drunkenness, arrests and confusion. Angelo has ordered a crackdown on the sex industry, causing consternation among the women and their punters. The suburbs are in chaos.

The play interweaves two narratives. The virtuous Isabella seeks pardon for her brother - who rests in prison awaiting hanging - by petitioning the puritanical acting-ruler Angelo. However, he is struck by her beauty; and, overcome with lust, he demands sex for the release. Not a great guy. The second story line involves the wise Duke disguising himself as a monk, so as to check up on the state of his fiefdom, and the character of his deputy Angelo. His investigations lead him to the prison, where he hears about Isabella's desperate plight.

Shakespeare is at the top of his game in disrupting these narratives, resulting in a classic "comedy" - one beginning with tragedy, and ending with resolution and marriage. It is a work, however, which involves  dark currents and bitterly observed scenes. Here is the Bard at his most Dickensian.

HT Theatre has produced a powerful and sincere rendition of this play, and Director, Jaclyn Bradley deserves credit for convincingly evoking a threatening and atmospheric world, with no props other than a small table and a tankard. The narrative involves demanding roles, particularly that of Isabella, who was played with great conviction and skill by Leah Lawry-Johns. Meanwhile, her lusty tormentor, Angelo was portrayed powerfully by Adam Cunis - and the scenes between the two were fresh and taut. Jonathan Curry played a masterful Duke, embodying moral authority and wisdom, but occasionally lapsing into needless cruelty. At one point, the play was disrupted when a drunk man stumbled noisily into the theatre at a crucial dramatic juncture. The cast, however - notably, Jonathan Curry - forged resolutely on, with not so much as the bat of an eye.

All the players were strong, however. Natalie Harper portrayed Angelo's estranged wife, Mariano, with restrained passion; and Joshua Jewkes' Lucio was light, time-perfect and entertaining throughout. Isabella's condemned brother, Claudio, is a pivotal role and Rob Fellman did a great job expressing the tensions between desperation and resignation. Carly Jukes' provost was one of my favourite performances - utterly convincing as somebody with a soul caught up in the ruthless machinations of state. Martin Sales' Abhorsen was brutal, with a strong and daunting presence. Finally, David Gurney's playing of Pompey - the dissolute bawd, or "tapster" - was delightfully funny and inventive. Here  is a group of hugely talented actors; and in Measure for Measure they have put on one of my favourite performances of the year. Well done to all concerned.

Measure for Measure is a fascinating work - dark, clever, funny. Its portrayals of the vice trade reminded me of the later and quite wonderful Pericles, written with the dissolute bawd George Wilkins. Indeed, I wonder if there isn't a connection between the two plays. The bard was certainly familiar with the seedier side of London society, and was likely no stranger to the Winchester geese.

I like to imagine Shakespeare sitting back with a cup of beer in a dodgy pub, hooting with laughter as his companions out-lewd each other. After a while, one puts down his ale, clears his throat, and slightly crooks his finger . . .

Silence. Gasps. I'll have that, thinks the Bard.

That line will stay with me forever. Thank you HT Theatre.

Measure for Measure is playing at the Baron's Court Theatre until 14th December.
http://www.offwestend.com/index.php/plays/view/12226